“The artist’s world is limitless. It can be found anywhere, far from where he lives, or a few feet away. It is always on his doorstep.” – Paul Strand 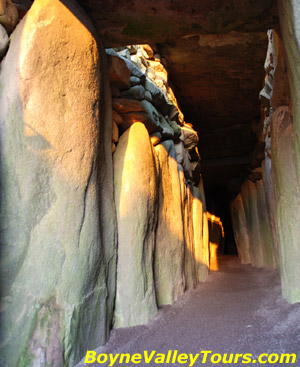 The Newgrange is the best known Irish tomb, which dates back to 3,200 B.C. and can be found in the Boyne Valley in Ancient East Ireland. It is much older than the Stonehenge or the Egyptian pyramids, making it one of the oldest and most fascinating man-made structures to date.

The mound covers an area over one acre, and is surrounded by 97 kerbstones, some of which are beautifully decorated. The designs were carved in stone with a sharp point, such as flint or quartz,by picking or pocking at the rock, and include spirals, lozenges, circles, arcs and radials. 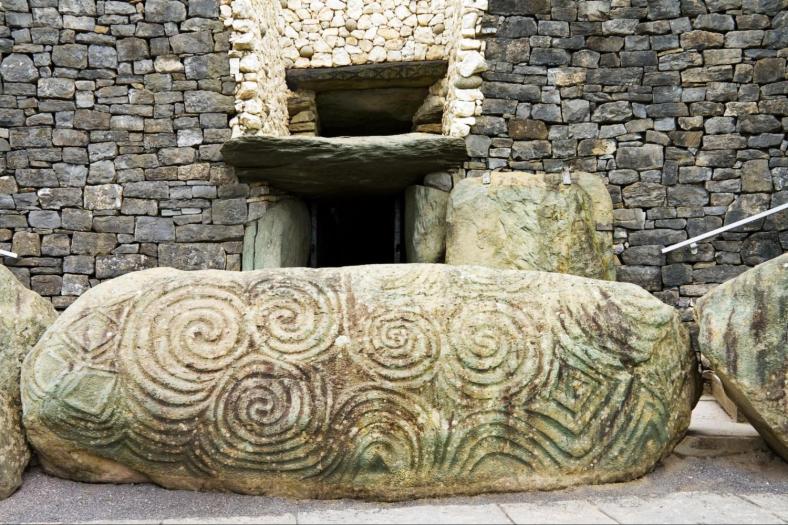 However, the meaning of these designs is still unknown. Some archaeologists argue that  they are purely decorative, while others believe they may have had a meaning, as some of the designs aren’t even visible. They are either at the bottom of the rocks, or beneath ground level.

The reason for this could have been that the rocks were to be seen by the dead and the spirits, or that once these carvings had been made, the rocks had been transformed into something  extraordinary, making it no longer necessary for the artwork to be seen.

The designs may have been representations of the gods that they worshipped, or astronomical patterns, but could have also simply been a map of the area.

The purpose of the Newgrange itself is still argued about, but many believe it held a religious purpose and was a place where the community of people would gather to pray, worship and bury their dead. Other people believe that the designs are images seen by shamans using hallucinogenic drugs during rituals and were used as mediation devices, or that they represent music or energy lines.

This Neolithic passage tomb is an incredible work of architecture, as it was built in a way that on the mornings during the winter solstice, the sun shines through the passage, into the chamber, illuminating it for 17 minutes. The sunshine enters through a contrived opening, which is known as the roofbox and can be found directly above the main entrance.